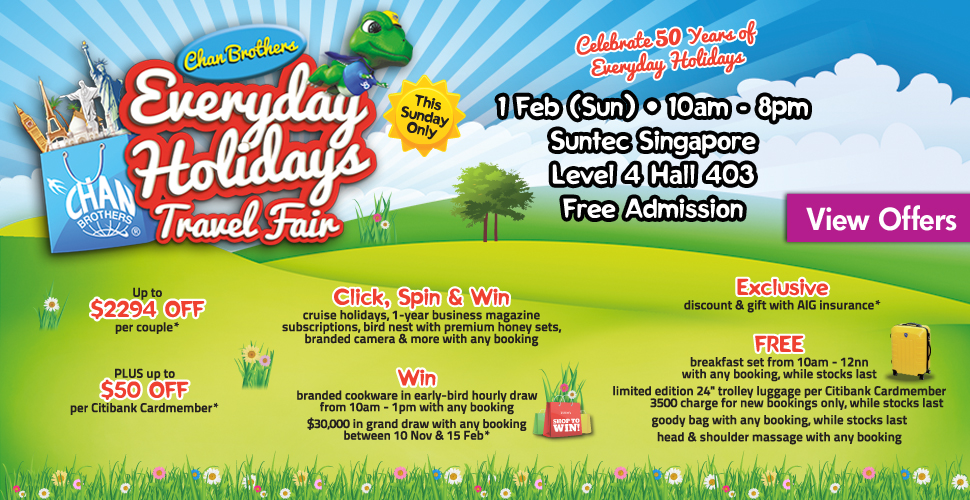 If you have missed the fair at Suntec City, do not be disappointed. Besides holding its own travel fair, Chan Brothers is also participating in the forthcoming Travel Revolution – a new outbound travel fair at Marina Bay Sands, starts from 27 to 29 March.

Below are the most popular tour packages offered by Chan Brothers to destinations like Japan, Hong Kong and Europe with discounts up to S$400 per pax. Prices quote below are before discount.