How to Save Money on Domestic Flights in USA 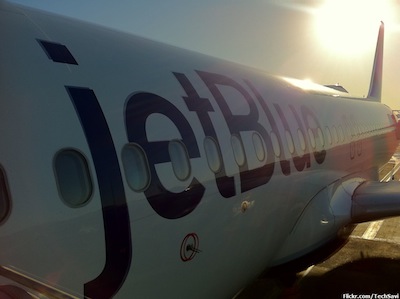 Tip #4: How to Save Money on Domestic Flights in USA

While traveling in the US, it is common to travel between different cities and states. Flight time may typically varies between 45 minutes to 6 hours (from New York City to Los Angeles). However, from a cost saving perspective, it is wiser to travel by bus or train for any flight that takes less than 2 hours.

For instance, from New York City to Albany – The State Capital of New York, a 2.5 hour train or bus ride would cost no more than USD35. However, this 40-minute flight would cost an astronomical USD296 (taxes included). Well, that’s the price to pay for taking the skies. The whole rationale is rather simple. Think about demand and supply and it’ll all make perfect sense. As most Americans own a car, few would actually hop on a flight which would otherwise take 2.5 hours by car. And having said this, I am awfully ‘ashamed’ to admit that I am the very few who actually paid the USD296…

Unlike the locals, international tourists would often haul truckloads of luggage while traveling within the United States. But many didn’t know that most domestic carriers do no offer complimentary checked-in luggage, so travelers ended up finding themselves spending a significant sum of money on baggage fees as most airlines charge USD25 for every piece of luggage (weight and size restriction applies).

From my knowledge, there are only 2 domestic carriers that offer one complimentary checked-in luggage service. They are Jet Blue and Southwest Airlines. As a personal choice, I prefer Jet Blue because of the more comfortable inflight facilities.

→ Tip #5: How to choose a bus or train operator

Previous post: How To Look For Cheap Flights to USA