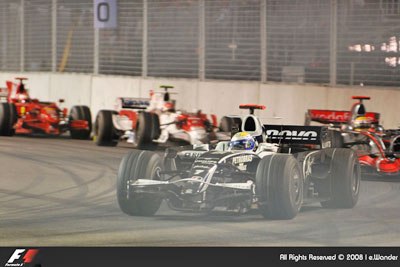 Nights in Singapore are heating up, along with the asphalt in the city, as the F1 Singapore Grand Prix returns onto the Marina Bay Street Circuit once again. Host to the first Formula One racing in 2008, Singapore presents an exotic locale away from the likes of Monaco or Abu Dhabi.

The comprehensive entertainment schedule includes race-themed events, concerts, parties and exhibitions, amidst many other dining and shopping experiences.

This year Singapore F1 Concert have lined up Superstar performers like Maroon 5 (USA), Jay Chou (Taiwan), Katy Perry (USA), Bananarama (UK), Pretenders (UK) and The Proclaimers (UK), all of international fame, to turn the heat up at the Singapore Grand Prix.

More than just an entertainment event, watch competitors in the FIA Formula 1 Championship race at speeds of up to 360 km/h, past famous landmarks such as the War Memorial, the Esplanade, Singapore Flyer and Marina Bay Sands. 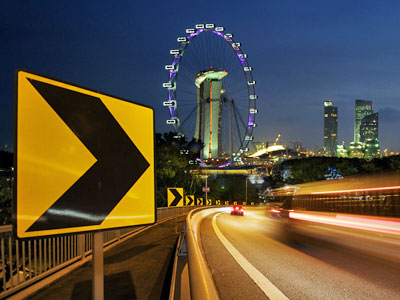 Deadly serious in their quest for one of the two World Championships, watch the drivers of teams from Red Bull’s RBR-Renault, McLaren-Mercedes and Ferrari, among many others, duke it out at high speeds on the streets of Singapore.

Demanding the best of natural talent along with speed and dexterity in the highest level of open wheel racing, every driver is challenged to remain at peak physical and mental proficiency throughout the race. Expect nothing short of an adrenaline rush as cars outperform, outmanoevre and outrace each other on the tracks of the Marina Bay Street Circuit.

Come 21 September, the chequered flag waves over the track, flagging off the practice and qualifying rounds, leading up to the final round on 23 September. Choose from a variety of Grandstand sitting options, starting from 3-day tickets at $298 on the Marina Bay Grandstand, experiencing the stunning view across the picturesque waterfront stretch while having cars road by under your feet, or pick seats at the Pit, Padang Grandstand, Turns 1 and 2 Grandstand. 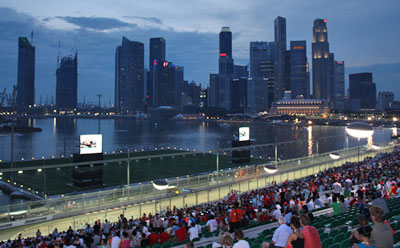 Alternatively, select seats from “inner-city” locations such as the Connaught Grandstand or the Esplanade Waterfront Grandstand for differing “points of view”.

Get up close and personal with the action with Walkabout tickets, being entertained by the live roving acts and get as close as possible to the speed and power on the tracks. Wheelchair accessible platform tickets are also available for patrons with limited mobility.

If you are looking for hotels under USD100 near Bugis MRT during F1 Singapore, check out Marrison Hotel at USD98 and Econ Inn @ Beach Road at USD53.