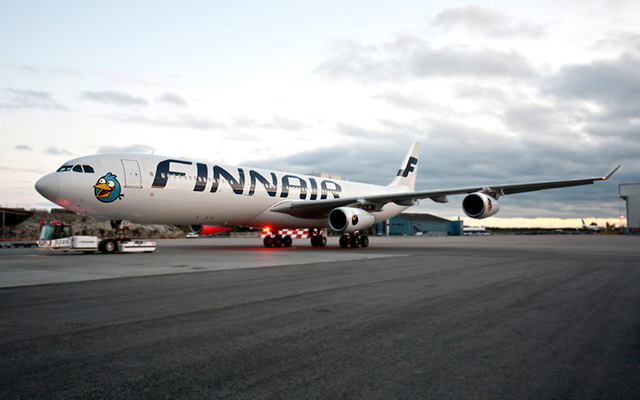 A few weeks ago, I decided that I had had enough of the stickiness of Singapore’s endless summer – it was time for a holiday.

Finding a place to visit seemed almost impossible – most regional destinations were smack in the middle of their own sticky summers, so I cast my net further out, eventually deciding on the eternal city of love, light and glamour: Paris.

Getting to Paris from Singapore seems easy enough – a host of airlines provide direct flights, including reliable ones like Singapore Airlines and Air France. Zuji, however, suggested that I fly Finnair, claiming that I’d be able to save at least $500 on my airfare.

Intrigued, I went on to the website of Finnair Singapore and true enough, I was able to book a round-trip ticket to Paris for $1,070. Sure, it wasn’t a direct flight (I would make a connection at Helsinki), but I’d still get to Paris, for a whole lot less.

Finnair offered great flexibility and convenience for the connecting flights. On my journey to Paris, I decided that I’d take the shortest connection, and on my journey back, I opted for a connection that allowed me to spend close to 15 hours in Helsinki.

When I got to Changi Airport’s Terminal 1 to check-in for my flight, I realised that most passengers were indeed flying through Helsinki to another European destination. The young couple in front of me took advantage of Finnair’s deal to make London their honeymoon destination, while the single man behind me was ready to live it up in Barcelona.

I was initially worried about making a connection in a relatively foreign country, but other passengers assured me that it was quick, fuss-free and idiot-proof. My bags were tagged straight to Paris, and I was presented with my boarding pass for both flights at Changi itself, which saved me the trouble of checking in again in Helsinki.

I braced myself for a somewhat uncomfortable 11-hour journey to Helsinki, considering the flight was full. However, I was pleasantly surprised to find that I had enough personal space, and comfortably enjoyed Finnair’s in-flight entertainment system. While it pales in comparison to Singapore Airlines’ KrisWorld, it does its job and during my flight, I manage to watch Adele ‘live’ at the Royal Albert Hall and learn how to count from one to 10 in Finnish. Useful skills for my return journey, I thought to myself. 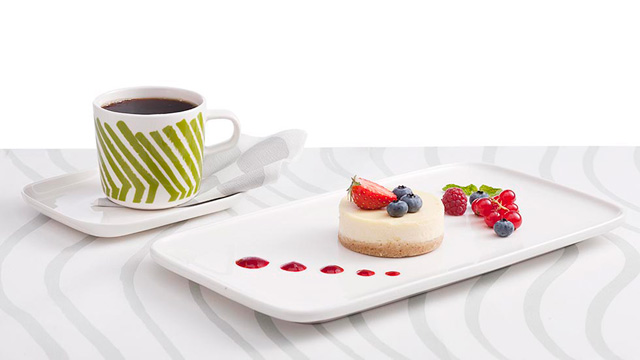 I was hoping for an exotic taste of Finnish food but was instead treated to mediocre pasta and chicken. While the food was nothing to rave about, the wine was splendid and flight attendants were more than happy to refill my glass once, twice, and thrice.

Landing in Helsinki is a special experience – Finland’s lakes look majestic from the sky, and there were plenty of ‘oohs’ and ‘aahs’ from other passengers, who, like me, had clearly never been to a Northern European country.

After a smooth touchdown, we’re whisked out of the aircraft and directed to customs, where we greet immigration officers who look more like models. They politely ask me whether I’d be sightseeing in Helsinki, and I let out a groggy ‘yes’. Enjoy myself, they tell me, and be careful of muggers in Paris. More useful information.

Navigating the airport is easy, and soon enough, I’m on an A319, in between two friendly Finnish boys, also on their way to Paris. Two hours later, I’m in Charles de Gaulle Airport, and I smile as my holiday begins for real.

Coming back to Helsinki after two weeks in Paris was therapeutic – I had a case of post-Paris blues on the flight back, but was excited about my 15 hours in Helsinki. I carefully studied Blue Wings, the airline’s English-language in-flight magazine, planning my day in the city and picking out things I wanted to do. I would arrive in Helsinki at 8am, and my flight back to Singapore wasn’t until 11pm.

It’s easy to get out of Vantaa airport – a Finnair-chartered bus departs every 20 minutes for the city centre for just 6 euros, and a wide range of payment options are available. Public transport is a cheaper alternative, although knowing which bus to take and where to get off can be tricky.

Half an hour later, I’m in the heart of Helsinki, walking around with no real destination in mind. There’s plenty to see: centuries-old churches, charming harbours and lakes, modern art installations… the city is breath-taking. Shopping is also fantastic here – there’s an H&M everywhere you turn and I pick up a couple of classic books for a few euros at a lovely used bookstore.

I fall in love the most, however, with Helsinki’s weather: romantic, cold, and foggy. I leave for Vantaa airport a few hours later with a heavy heart when I realise that I would soon be back to the heat and humidity of Singapore.

As we touch down at Changi Airport, the flight steward proudly calls Finnair the best way to fly between Asia and Europe, and as I think of the past two weeks in Paris and Helsinki, I can’t help but agree.

Next post: Partying in Bali – Kuta Beach or Jimbaran