What I did to save on our Disney family vacation 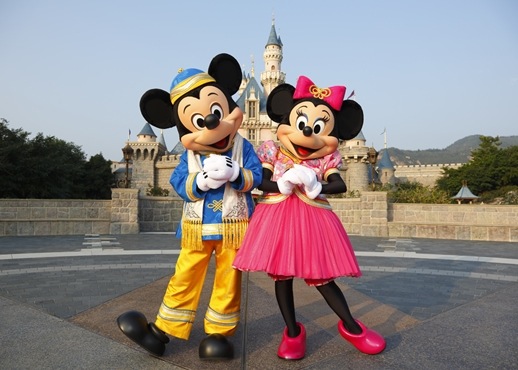 I wanted my family to enjoy a Disney-themed holiday: stay in a Disney hotel, meet Disney characters and go for rides in Hong Kong Disneyland, but I didn’t want to break the bank, so here’s what I did.

For the latest deals, go check out the hotels’ websites and compare their online booking rates with popular hotel booking sites. You may get last minute offer price at deep discount. However, at the time of writing, only ZUJI Hotels offers both the Hong Kong Disneyland Hotel and Disney’s Hollywood Hotel.

Or you can opt for cheaper hotels near Hong Kong Disneyland.

Going during off-peak season in late May was a good choice too, as the difference in hotel rates was around HKD500 per room per night. I was particularly excited when I found out there was an early bird promotion (for hotel bookings made at least 30 days in advance) of 20% for stays between Sundays and Thursdays.

Instead of rushing off to the Disneyland park for a couple of hours before it closes (8pm or 9pm) on the day we arrived, I opted to purchase One-Day Park Pass, saving us over HKD340. We had a great time roaming the hotel’s grounds and soaking in Disney flavor at the pool.

The “bonus” savings from opting for a One-Day Park Pass was that we had time to take the MTR out to Tsing Yi for food on our first night, where we ate sumptuously at Maritime Square for much less than a meal at one of the Disney restaurants. We wanted to save on dining at the Disney hotels for the times we had not much other choice, as the hotel food, although decent, was priced at rates we were unwilling to fork out unless we had to.

Meeting the Disney Characters in the Park

I knew that a definite No-Go for this trip was the Disney Character breakfast buffet at the Enchanted Gardens at Hong Kong Disneyland Hotel. That would have set us back by some HKD600-700!

But that didn’t mean we had to forgo on photo opportunities with Disney characters.

Finally, I was careful about miscellaneous expenses. A case in point is drinks! Soft drinks in the Disneyland Park can easily cost up to HK100 at one go for a group of 4, so I packed along our own water bottles. Like all Disney-themed parks, meals don’t come cheap. The Fantasyland Banquet Hall is as good as it gets when it comes to affordable eats in the Happiest Place on Earth.

What I loved best about this Disney trip was the fact that no one felt that we were “cutting corners” – this made the trip even more delightful. When we were there, I discovered that Hong Kong Disneyland is slated for some major additions over the next few years, so you can bet I’ll be watching out for more Hong Kong Disneyland promotions then!