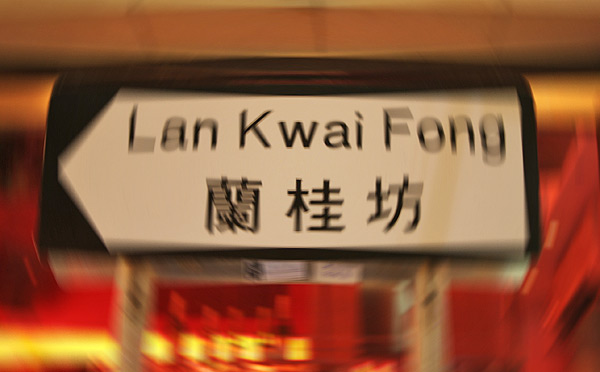 There’s nothing quite like going on a pub crawl in a location where a significant number of bars are so wisely situated next door to each other. You can stagger out of one bar and roll into the next one, no need to drive anywhere, and taxi home at the end of the night. This is the kind of responsible downtown planning of which I warmly approve, and Lan Kwai Fong in Hong Kong is no exception.

This small square of streets is a hive of restaurants and bars founded by a Canadian businessman called Allen Zeman, who started with a western restaurant called California in 1983. Eventually he bought the whole block and developed this incredibly popular entertainment district that’s a favourite destination for locals and expats alike. There’s a multitude of bars and clubs to choose from. Here’s a few of the best:

Club 97 has been around since the district first started partying, and is still one of the most popular dance venues in Hong Kong. Eclectic music from 70s to jazz attract a broad range of clientele, including a significant gay crowd.

Located in Balalaika, a Russian restaurant, the Ice Bar is basically a bar in a giant freezer that serves 60 different kinds of vodka. The room is kept at -20 degrees centigrade, so unless you’re wrapped up, you don’t want to hang out in there long.

Don’t be confused with the ice bars found in Scandinavian countries and elsewhere; not all the chairs, tables, glasses etc are made from ice. But it’s a pretty cool experience nonetheless. And the Russian food is awesome.

A music venue that opens 24 hours a day, though they sometimes close up if numbers dwindle too low just before dawn. Undeterred, they kick off again with a happy hour from 8am to 9pm. Live music starts at 7pm.

With a happy hour from 5pm until 10pm, Zinc Bar doesn’t quite match Insomnia for happy hour longevity, but it more than outdoes it on furnishings. It morphs from a plush bar to more of a dance club as the night progresses, but the real feature is the opulent atmosphere that permeates the place.

A member of the recent restaurant phenomenon known as “speakeasies”; private dining establishments where guests reserve tables a recommended seven days in advance and the chef chooses the menu of the day. It’s a very popular concept in Hong Kong, and Club Qing is one of the best.

Occupying the site of the original California restaurant, Lan Kwai Fong Beer Bar is exactly what it says it is, selling over 100 beers from around the world. Very popular with the football/soccer fraternity, it can get very busy, but an alfresco seating area means the crowds aren’t particularly contained. They also have a pretty good menu; the beer-battered fish and chips come highly recommended.

→ Click here to book a hotel near Lan Kwai Fong!