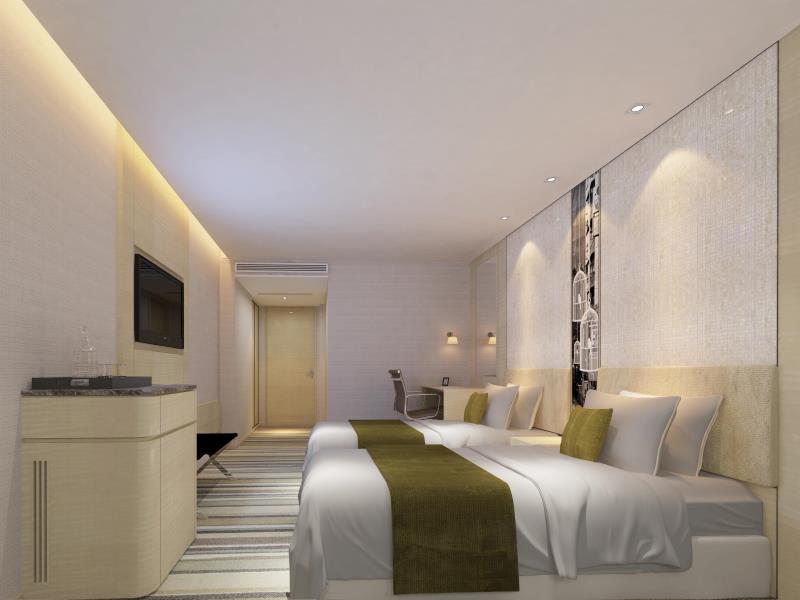 The Metropark Hotel on 22 Lai Chi Kok Road in Mongkok falling under the Kowloon area is one of the most accessible hotels from the Hong Kong International Airport. The Hotel is notable for being right across the Airbus’ bus stop which means that you can save the cost of the Airport Express Train (100 HKD) or the taxi ride (around 250 HKD).

The other feature of staying in the Metropark Mongkok is that it belongs to the class of hotels that are worth the price and though not for those on budget travel, the hotel is value for money. At around USD123 for a standard double room per night, the hotel is a steal for the kind of services that you get there. Conveniently located next to the Kowloon main road which is a paradise for shoppers, the hotel is advantageous both from the location as well as value for money.

The main thing I liked about the hotel was its English speaking front desk staff which is often not the case in hotels in similar price ranges. The cleaning and housekeeping is done in a professional manner which is another plus for the hotel. There is provision for Wi-Fi (prepaid) access which makes browsing the internet easy. There is a wired internet point in the rooms as well though the service is chargeable.

There are 1-3 pins for 220 V charging which can be converted to 110 V easily and this should gladden the travelers from the United States. The complimentary breakfast and the provision of toiletries in the rooms are another factor that should weigh in favor of the hotel.

The location of the hotel must surely be the deciding factor since arriving from the airport as well as going around the city is easy (with the airbus stop and the nearby Prince Edward MTR station). Since getting around in Hong Kong is a bit expensive if one has to rely on means other than public transport, this aspect is something that should count for the hotel.

What I dislike about Metropark Hotel

The main disadvantage of the hotel is that the rooms are small and the walls are thin. This makes them noisy and cramped though one should remember the price range that the hotel is offering. We also found the rooms to be colder than other hotels and this should be something that potential guests must keep in mind. The beds are hard and the internet service intermittent (at least during the time we stayed there). These are the drawbacks that marred my stay which was otherwise pleasant and comfortable.

How to Get to Metropark Hotel

Getting to the hotel from the airport is a breeze and going around Hong Kong is easy since the Prince Edward MTR station is steps away from the hotel. The location of the hotel which is near to the main thoroughfare of Kowloon – Nathan Road is a huge plus for the shoppers.

Use the box below to check the latest room rates.