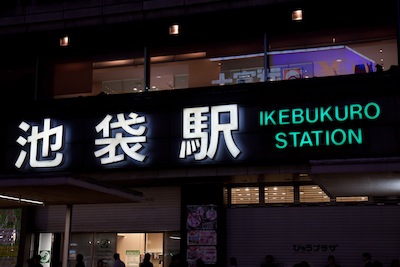 Ikebukuro (池袋) and Shimokitazawa (下北沢) are two of Tokyo’s student areas, as a result you can find cheap deals on drinks and food and a party atmosphere most nights of the week, although of course weekends are the most lively.

Exiting Ikebukuro station, you’ll generally be greeted by groups of Japanese students hanging out in the small square. In the surrounding buildings, you’ll see signs for cheap izakayas, many stating ‘270’ (meaning all food dishes are 270 Yen) and many doing drinks offers (‘all you can drink’ or cheap beer) in addition to cheap meals. Sasashu is one such place that comes highly recommended. When it comes to bars, The Dubliner Irish Pub is hugely popular with expatriates or you can head to Hotaruzuki which stocks over 100 types of sake! Ikebukuro’s focus is primarily cheap food and drinks amongst friends with people heading to areas such as Shibuya later in the night if they want to party. However, Ikebukuro does have one club, ‘Bed‘, which is worth a visit at the weekends.

Whilst Ikebukuro is more geared to the mainstream, Shimokitazawa is home of an arty and alternative crowd. You can find the same great deals on food and drink in Shimokitazawa too, again look for izakayas with ‘270’ signs in the windows and promoting drinks offers. Almost everywhere in Shimokitazawa is independently run and the whole area has a boho feel that is often lacking in the rest of Tokyo.

Heading south from the station and wandering through the small streets and you’ll discover plenty of hidden gems like the cave-inspired ‘Mother’ and the tiny ‘Idiot Savant’. When it comes to evening entertainment theatre and live music are the order of the day, You’ll find many small music and theatre venues as you walk around the area. You can check ahead for listings in Metropolis and Time Out or simply read the advertisements placed outside venues when you arrive.