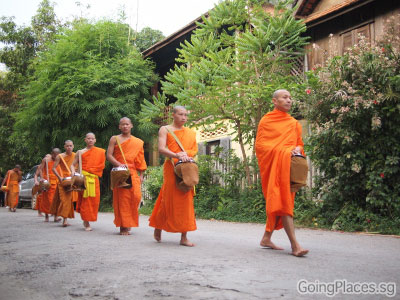 A bumpy, precarious ten hours by bus from Vientiane (fly if you value your sanity; there is an airport), Luang Prabang is the jewel in the crown of Laos tourism. The first thing to hit you is an explosion of colour from the ornate temples, faded French-influenced mansions, brightly dressed monks, abundant flowers and bustling markets. Scenically surrounded by mountains and situated at the magnificent junction of the Khan River and the Mekong, the town dates back well before medieval times. 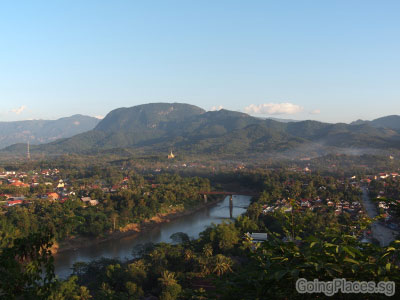 As equally laid back as Vientiane if not even more so, this isn’t a place to visit if you’re looking for a wild time. This is the kind of environment that encourages pondering and quiet reflection, not beer in a bucket and a swift shag behind a bus shelter. Indeed, there’s an 11.30pm curfew to prevent such excess. 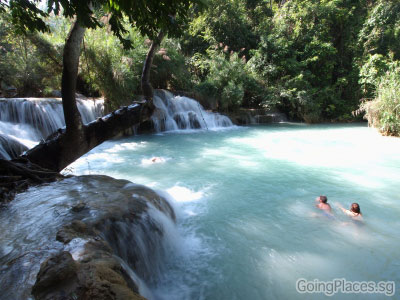 Listed as an Unesco Heritage site, heavy traffic is diverted from the city centre allowing most movement to be foot, pedal or single piston powered. Sites not to miss include the Kuang Si Falls, the Pak Ou Caves, Haw Kham Royal Palace Museum and Wat Xieng Thong Temple. 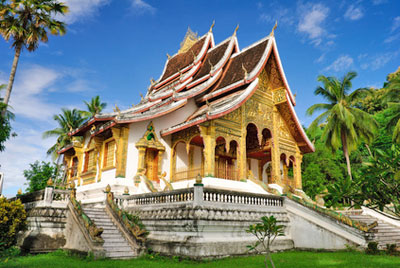