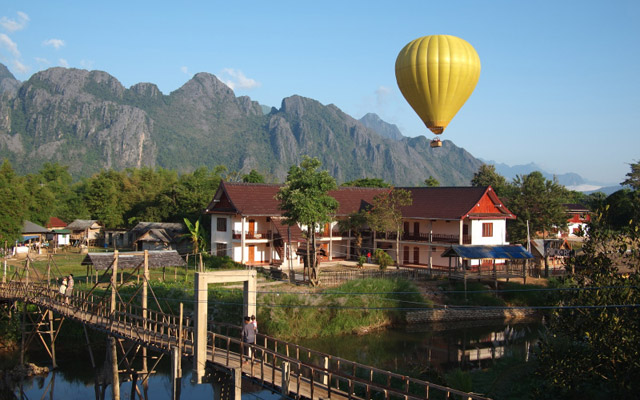 Vang Vieng is a pretty town set amid a dramatic mountainous jungle backdrop is roughly halfway between Vientiane and Luang Prabang, and in stark contrast to the latter, is the place to don your party hat. The whole party scene is built around the tubing culture that has sprung up on the river, much to the chagrin of Laos traditionalists who rue the influx of backpackers, of whom not all are keen to simply sample the area’s natural beauty. 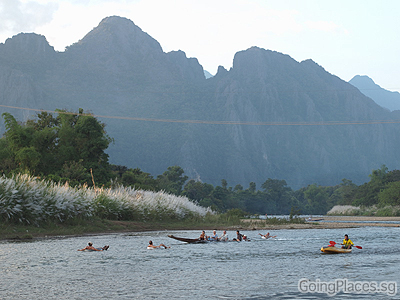 The town, as might be expected, has a significant drug culture and the lack of a cohesive safety authority on the river has resulted in many injuries and several deaths through misadventure.

However, there is benefit to tarrying awhile to enjoy the trekking and climbing available if staying in town to saturate yourself with alcohol and exaggeratedly slip on someone else’s vomit slick isn’t high on your personal Laos checklist. 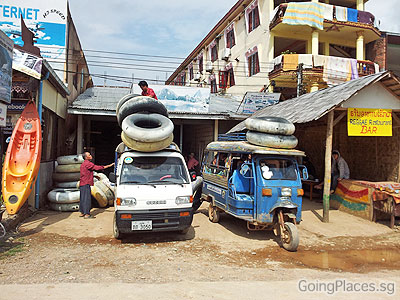