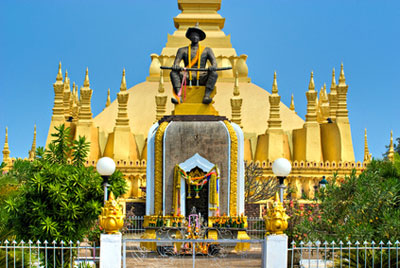 Your entryway to Laos is more than likely to be the capital city of Vientiane, thanks to its Wattay International Airport as well as its location on the Mekong river border with Thailand near the First Thai–Lao Friendship Bridge, eighteen kilometres downstream. 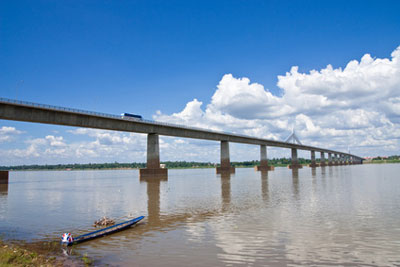 The word “capital” may be a little misleading here, however, as Vientiane is a far cry from most other capital cities you may have experienced.

At best, I’d describe the place as a large town with an architectural infrastructure indicative of Laos’ former status as a French colony. It doesn’t look like a city, nor does it feel like one. French influence permeates everything from the wonderful food to the laid back, friendly attitude of the people, which, if anything, reminds me of a sleepy French village, basking in the summer sun.

It’s perhaps not as pretty as Luang Prabang, but the city has some unique sights all its own that more than makes up for its lacking aesthetic. Don’t miss Talat Sao (the morning market) or the extensive Buddha Park about 30 km south of the city. 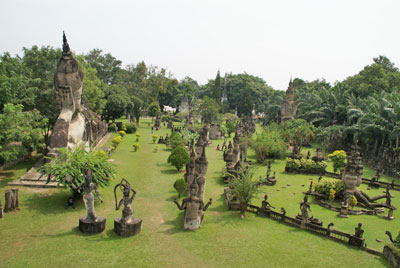