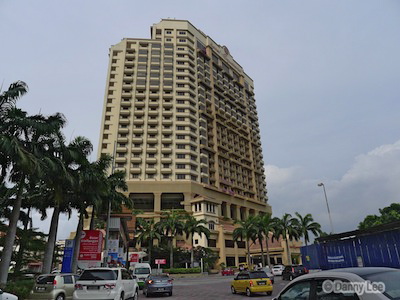 After lunch, we headed to Hotel Equatorial Malacca for check-in at around 2pm. The hotel looks dated from the outside while the interior looks refurbished. I would rate it a 3.5 star hotel by my standard. 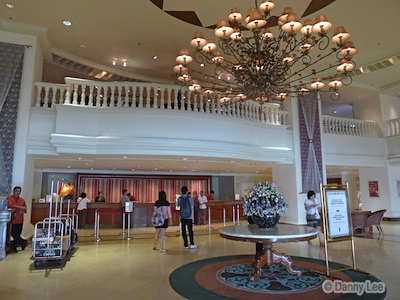 The standard check-in time is 3pm but we arrived early, hoping to try our luck to check in early. Against our wish, the hotel reception only managed to give us one room out of the four rooms we had booked. All of us had to squeeze into one room for washing up while waiting for the rest of the rooms to be tidied up. But the wait was too long – we waited nearly till 4pm before all of us finally got our rooms. By then, the kids and toddlers were tired and needed their milk and naps.

To compensate the long wait for checking in, the hotel provided free internet access in our rooms so that our Malacca weekend trip was not marred. 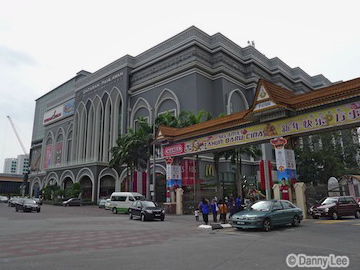 As my wife and I were not too tired, we decided to check out the shopping centers nearby before meeting the rest for dinner. We walked to a mall just next to our hotel and found nothing really interesting there except it has a Macdonald’s. This mall is linked to another mall called Melaka Megamall (Dataran Pahlawan) that houses some discount outlets. Despite Melaka Megamall being the largest shopping center in Malacca City, we bought nothing there too. As most of the stuff in Melaka Megamall carried what we have in Singapore. Being food enthusiast, we are really more interested in the sampling the food than to shop!

So, we crossed over to another big mall called the Mahkota Parade – probably the grandest mall in Malacca. Popular brands and stores like Giant supermarket, Parkson departmental store, Gong-cha (popular Taiwan chain bubble tea shop), Starbucks and Old Town Coffee can be found there. We bought some beverages from Old Town Coffee but don’t expect to gain much from the currency exchange as the prices are almost the same as in terms of Singapore dollars.

Previous post: How to go to Johor Premium Outlets by Bus