Glimpses of the Milky Way at Tioman Island

In order to have a glimpse of the Milky Way, we decided to get out of the light polluted Singapore and book a 3D2N stay at the Tunamaya Resort, Tioman Island. The location, at the southern tip of Tioman Island, would be perfect for watching the Milky Way rise from the south-east direction. 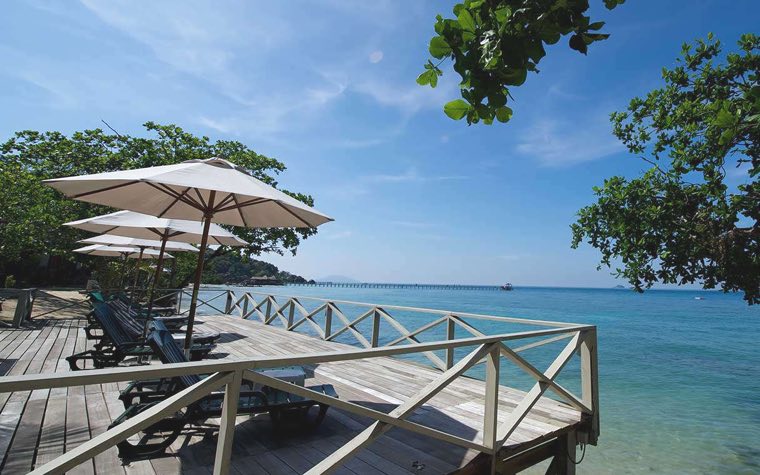 It was the last week of March and the Milky Way core would rise above the horizon and become visible in the wee hours of the morning. Our plan was to wake up at 2am to set up the camera and tripod at the sun deck; and prayed very hard for clear sky during our 2 nights’ stay. However, on the day we left Singapore, the weather forecasts were thunderstorms over many parts of Johor including Mersing.

Beside planning to photograph the Milky Way we also wanted take a break at an island resort with clear blue water and beautiful corals. Even if the weather were to turn bad, we could still make use of the resort amenities e.g. massage at the SPA, a long meal at the restaurant or simply sipping cocktails at the bar. 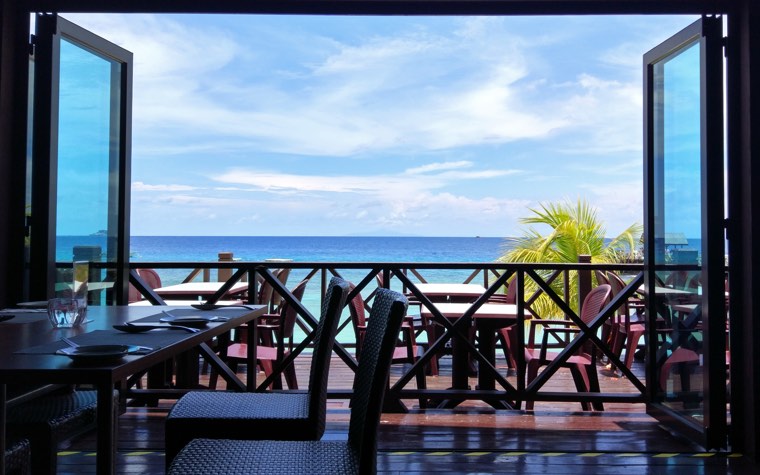 Fortunately, the weather turned out to be better than expected. We snorkelled at the nearby coral reef, swam in the pool and took a long walk along the nature trail during our seemingly short 2 days’ stay. And we also had plenty of naps to make up for our lost sleep.

I brought my Fujifilm X-T1 mounted with the Samyang 12mm F2.0 and a Slik Sprint Pro II tripod – simple and lightweight setup. It’s the first time I’m shooting the stars with the X-T1 and my second outing to shoot the Milky Way. Being a newbie, I followed the settings recommended in the Astrophography 101 guides and tips by lonelyspeck.com. 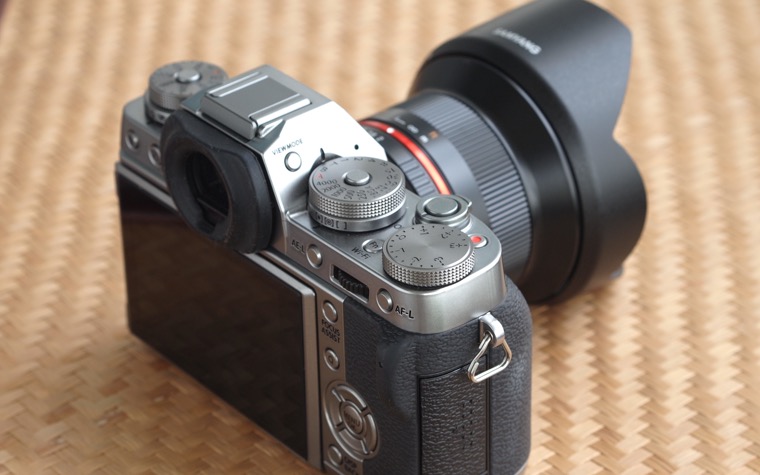 On the first night, I spent most of the time learning to use the camera in the dark and trying to familiarise with the many knobs and dials of the X-T1. After which I took several test shots to try out different combinations of shutter speed and ISO; it wasn’t easy and quite tedious “chimping” the shots. Another challenge was trying to get the stars into focus. Despite using the MF Assist function on the X-T1, those tiny light specks were damn hard to focus.

By the time I was ready to take some shots, it was already past 4 am. Finally at about 6am, as the sky was brightening up, I captured a meteor streak across the core the of the Milky Way. 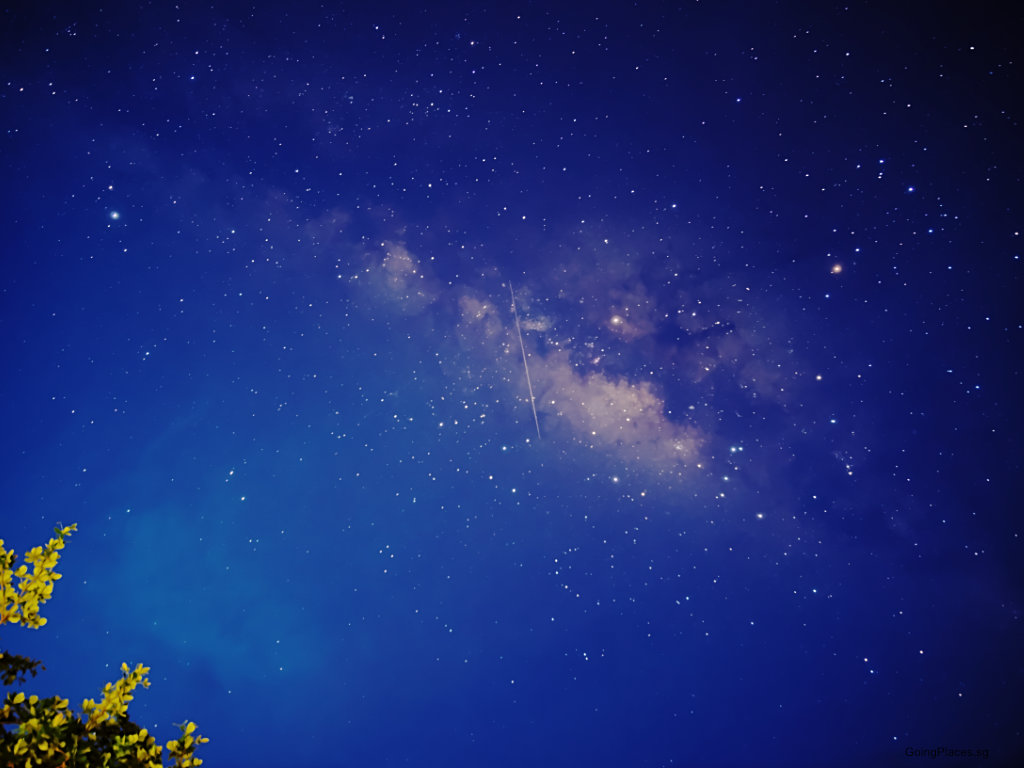 On the second night, with a little bit more experience, I got lucky and captured a shot of the lightning over the sky of Mersing and the Milky Way. No, the shot wasn’t taken with the interval timer function because I had yet to learn how to use it on this trip. 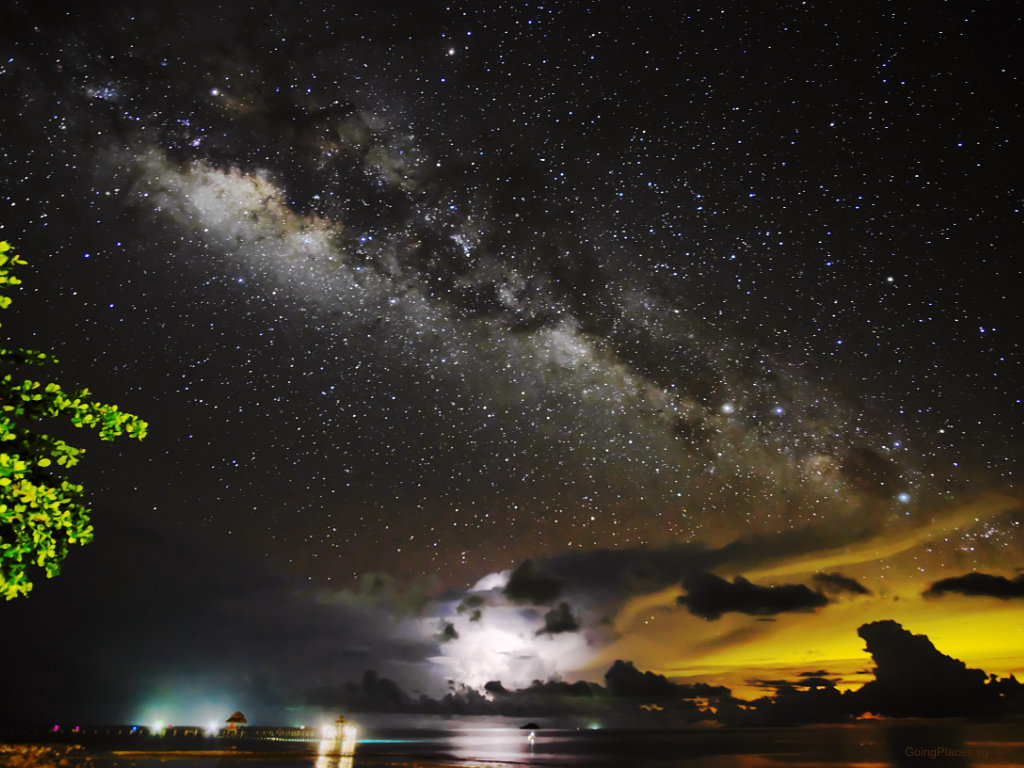 Looking back, I am happy with the Milky Way shoot but more importantly, I gained valuable experience for my next stargazing outing. As for the accommodation and location, I totally enjoyed the stay at the Tunamaya Resort.

How to Get Tioman Island by Express Bus and Ferry

From Singapore, you can take an express bus to Mersing Jetty and then the ferry to Tioman Island. The ferry timing depends on the tide and you may want to check the schedule here before booking your tickets.

At the time of writing, there were several express bus services from Singapore to Mersing Jetty: KKKL Express, The One Travel & Tours and WTS Travel. The express bus ride takes about 4.5 hours. From Mersing Jetty, the ferry will take about 2.5 hours to Kg Genting where the staff from Tunamaya will be waiting to take you to the resort in a speed boat.

You can book both the express bus ticket and Tioman ferry ticket at Busonlineticket.com and Easybook.com. 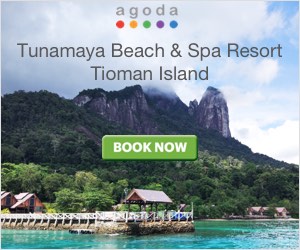