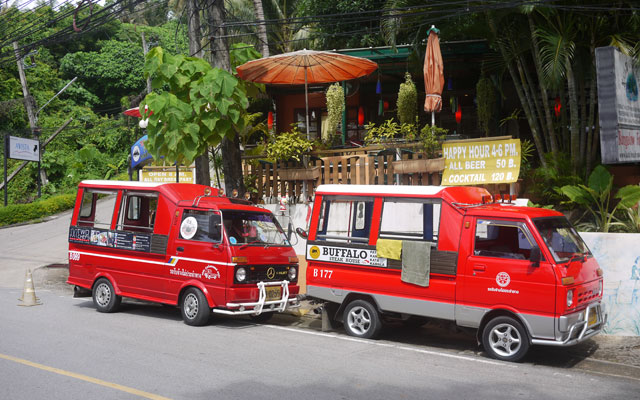 Prior to going to Phuket, friends had already warned me about the exorbitant prices of taxis and even mini buses in Phuket. In Phuket, most (or rather all) transport operators have an unanimous consensus to standardise the prices of taxis and mini buses. From the airport, flocks of transport operators would approach you for their services and you could be overwhelmed by the choices.

In general, taxis and minibuses to Patong area would cost 600baht (USD19) and 150baht (USD5) respectively. Often, first-time visitors would ‘waste’ time haggling prices with these operators. This is not necessary as it would merely be a waste of your precious vacation time. As Phuket is an area packed with tourists, the operators would not succumb to you just to get your business. So, here are the money-saving tips on getting around Phuket.

Tip #1: Go to the first guy who approaches you but do not pay more than 600baht for a taxi and 150baht per person for minibus services respectively.

Tip #2: Take the mini bus if you’re traveling alone or only with your partner. Typically, a minibus would take up to 10 passengers and waiting time is not more than 10-15 minutes. In my opinion, mini buses are generally newer and more comfortable than taxis. On top of this, if you’re lucky enough, you may just get to make some new friends on your minibus ride!

Tip #3: At the airport, most operators would tell you that there is ONLY taxi services on your return trip to the airport and the return ride to airport would cost at least 700 to 1000 baht. Ironically, that was what my friend told me too. Many operators would provide you with their name cards to engage their service again, assuring you that the prices they quoted are the lowest in town and you are given a ‘one-time’ special rate (which is absolute crap!). If you are ‘naive’ (means stupid) enough, some operators may even coerce you to pay the return fares upfront. However, none of the above information is accurate. In fact, if you head to Patong, you can easily find ‘Travel Booths’ that offer mini bus services at 150 baht per person to the Airport. 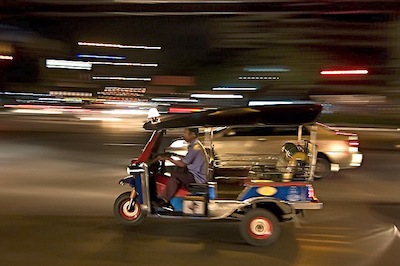 Tip #4: In Phuket, taxis, tuk tuk and motorbike services generally cost between 200 and 500 baht. Perhaps after some bargaining, motorbike services may cost a little cheaper (say 50 baht lesser). Thus, I would suggest walking around Phuket from places to places. From my experience, walking around Phuket gives you the chance to ‘bump’ into interesting sights, people and even tasty road side stalls.

During my recent trip to Phuket, I walked around 10km a day with google map as my loyal companion. This way, I saved on the transport cost & splurged on ice cool chilly beer when I hopped from one bar to another.

Previous post: Staycation in Singapore: The Best is in Your Own Backyard