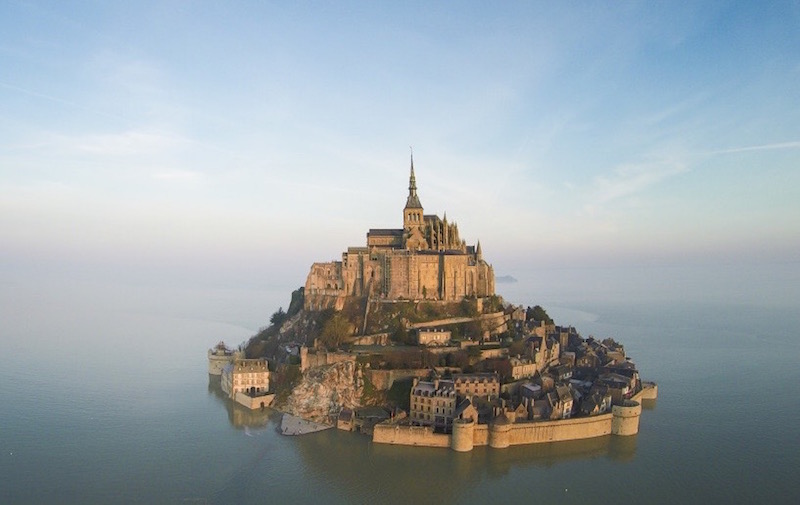 It has always been a mystery to me. I’ve seen pictures of it countless times, often on lists of the world’s most beautiful places. A castle/church-like structure perched on top of a mountain in the middle of nowhere – that is my dramatic impression of Mont Saint Michel, and I hoped to visit someday.

Located in the Normandy region of France, Mont Saint Michel is a few hours north of Paris. There are a few routes you could take, but I chose to go via Rennes, capital city of Brittany, France.

Take the train from Paris Montparnasse to Rennes. The journey takes slightly more than 2 hours. There are regular trains operating on this route. For train schedules, refer to SNCF website (www.sncf.com). At Rennes train station, exit and head towards the bus terminal on the right. 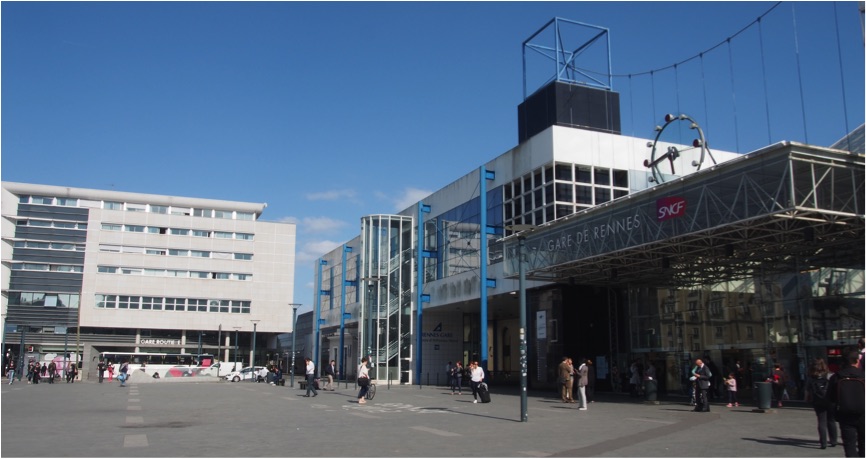 Keolis Armor is a bus company that runs daily services to the Mont, and a return ticket (i.e. two-way) costs €30. The daily bus schedules are as follows:

Mont St Michel “Le Verger” is the pick-up and drop-off point for regional bus services. It is near the Tourist Information Centre, and a few minutes walk from the hotels in that area.

Although termed Mont St Michel “Le Verger”, this pick-up and drop-off point is not on the Mont itself but rather, in a little town situated right outside the Mont.

The town is linked to the Mont via a bridge, and there are several ways to reach the Mont:

1. Free shuttle bus
There are three bus stops in the town visitors can board the shuttle. The first is right outside the Tourist Information Centre and the last is located just before the bridge. These shuttle buses run every 10 minutes or so until midnight, and they take you near the end of the bridge. From there it is a short walk to the Mont itself.

2. Horse-drawn carriage
This takes the same route as the shuttle bus, but comes with a fee.

3. Walking
From the Tourist Information Centre, it is an approximate 50-minute walk. From the head of the bridge, it takes about 30 minutes to reach the Mont.

I particularly enjoyed the stroll from the entrance of the Mont to the Mont Saint Michel Abbey. It is a cobblestoned passageway lined with shops and eateries on both sides – very quaint, very mediaeval. The scene looks a little like Diagon Alley in Harry Potter. As you follow the path, there are smaller alleyways to the side that you can venture into, and you’ll ultimately land up on the grounds of the Mont Saint Michel Abbey.

The Abbey used to function as a monastery and a military fortification. Now, it is a UNESCO World Heritage Site and one of the most visited tourist attractions in France. Tickets to the Abbey start at €9 for a basic entrance fee with a pamphlet for a self-guided walking tour. It was a pretty interesting visit and I really loved the galleries of the cloister. From the Abbey, you’ll also get views of the surrounding bay area. 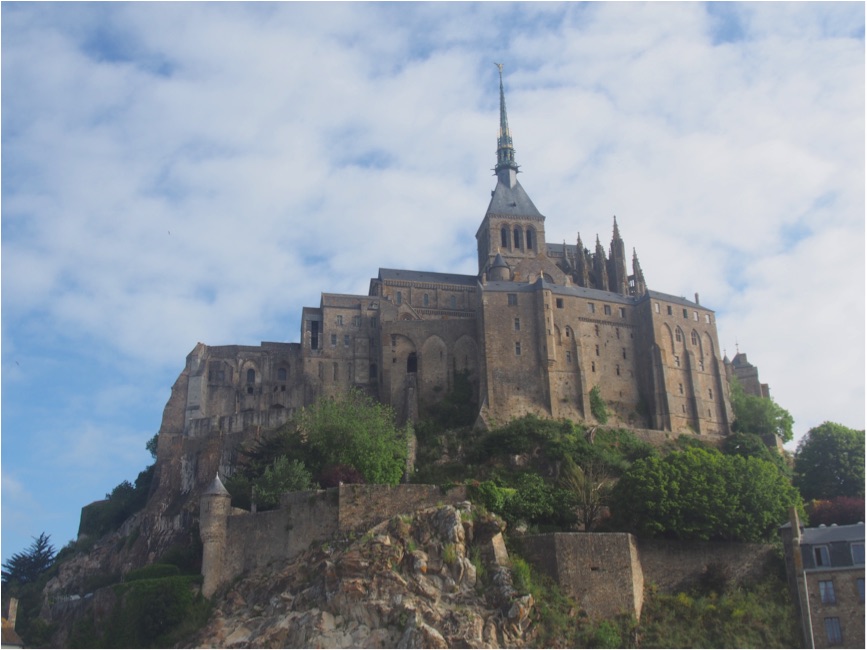 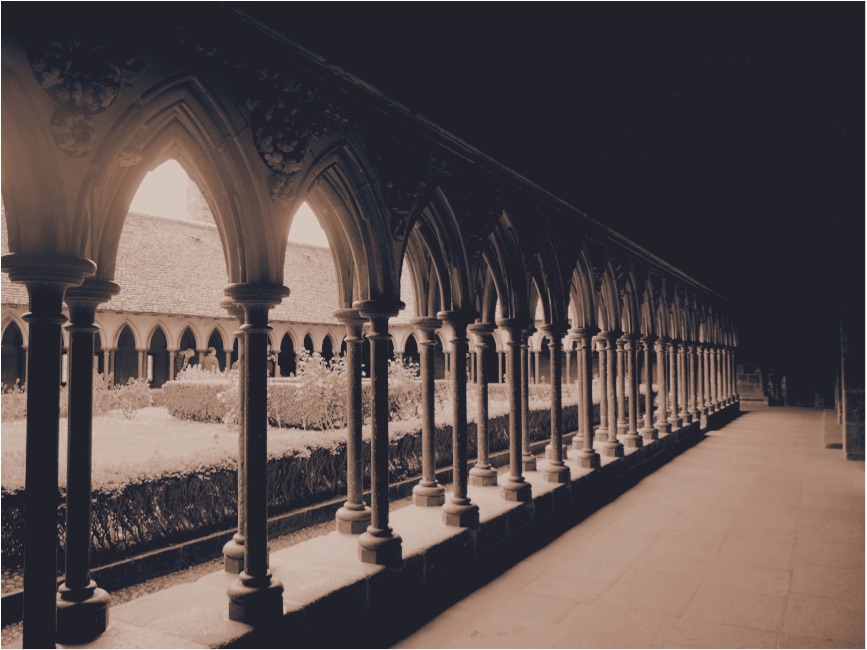 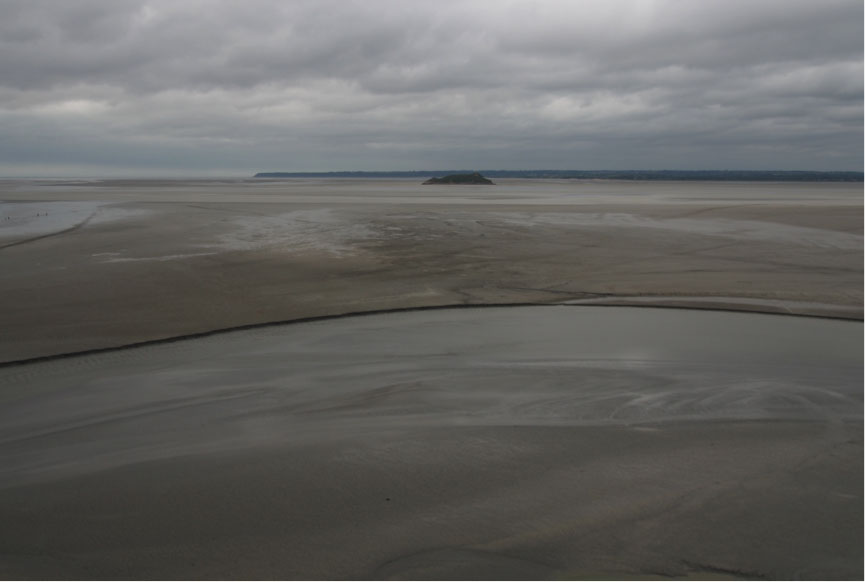 Surrounding bay area & the cliffs of Normandy in the background

Visitors have the option to sign up for a walking tour on the mudflats surrounding the Mont. This is only possible at low tide. Note that it is dangerous to walk on the mudflats without a guide as the area with deep mud, quicksand and fast rising tides. Unfortunately I didn’t managed do the walk as it was high tide, but if you get a chance, be prepared to get very dirty, and be prepared for spectacular views of the Mont!

Day trip, or not?

It is possible to do a day trip to Mont Saint Michel from Paris, however I opted to spend a night there. This is one of the most visited tourist attractions in France and naturally, it is rather touristy and definitely expect to be ripped off. Hotels in Mont Saint Michel are not cheap and restaurants, especially those on the Mont itself, charge exorbitant prices.

But it is just one night, and I felt it was all worth it!

During the day, throngs of visitors swarm the Mont and crowd those alleys. When I returned to the Mont in the evening, I found the mediaeval looking streets peacefully empty. It was so serene, perfect for a leisurely stroll at your own pace. 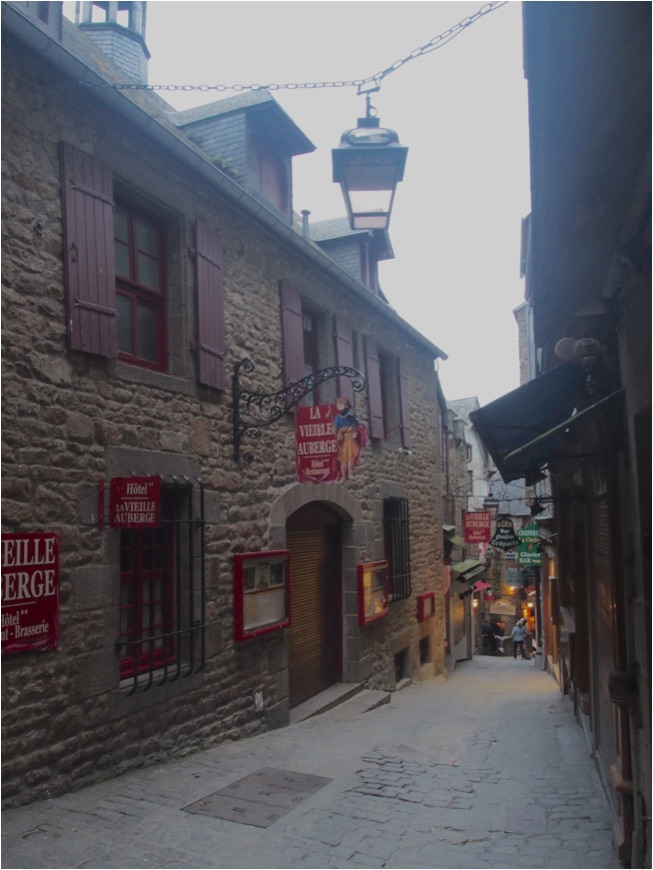 And if you’d stay still after sunset… 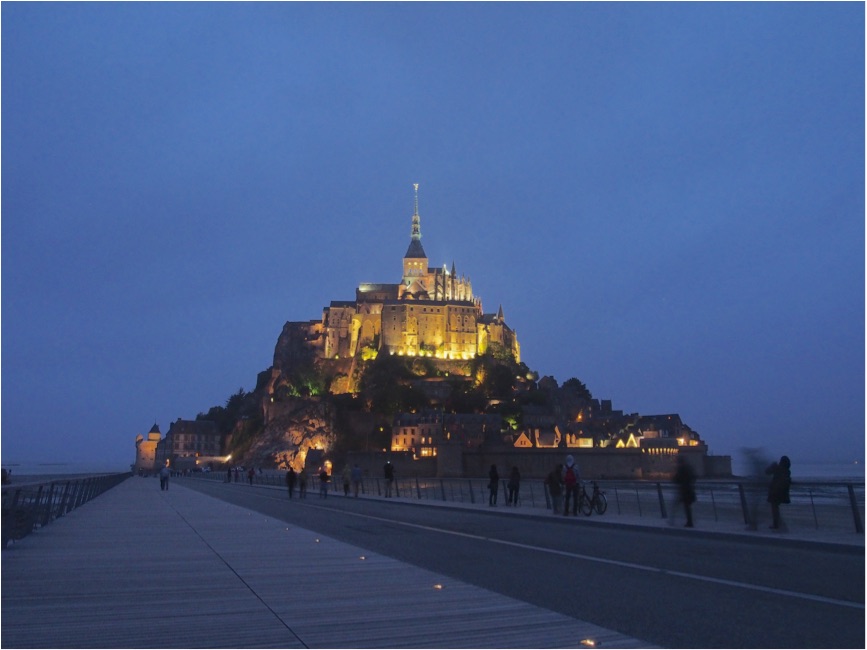 The bus schedules from the Mont are as follows:

If you have time to spare, rather than rush back to Paris, do stop by Rennes for a few hours to do a self-guided walking tour. It is a charming city with a large population of students. I like the colourful timber-framed buildings in the streets of the city centre.

From Rennes train station, take the Metro to Republique station or Sainte Anne station, where you’ll be able to start exploring the city. A single ride on the Metro costs €1.50, and a map from the Tourist Office (within walking distance from both Metro stations) costs €0.20. 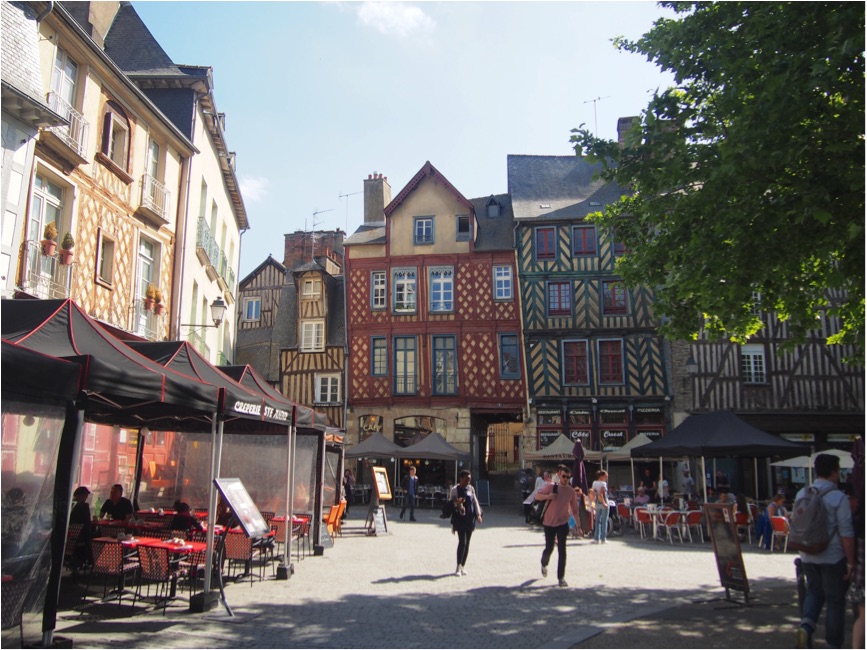