Natas Fair 1-for-1 promotion to Japan 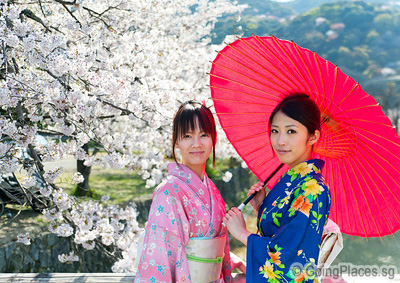 Last year’s NATAS Fair, Japan National Tourism Organisation (JNTO) partnered with 12 Singapore travel agents to roll out the NATAS Fair 1-for-1 Promotion to Japan. These 1-for-1 tours to Tokyo, Kyushu, Chubu/Alpine Route and Hokkaido were part of the efforts to bring travelers back to Japan and the attractive deals were limited to the first 1200 persons.

This year’s NATAS Fair, JNTO continues to promote Japan tour packages aggressively by introducing new destinations like Tohoko and Sendai that are equally beautiful in nature but less touristy.

Despite this year’s 1-for-1 Japan promotion campaign is not as large scale as last year, JNTO will be present at the NATAS Fair with several booths. After all, who can resist the beauty of Japan’s Sakura season, the snowy Hokkaido and the magnificent Mt Fuji? Besides 1-for-1 tour packages, other travel goodies can be expected at the NATAS Fair like discounted rail pass and travel rebates.