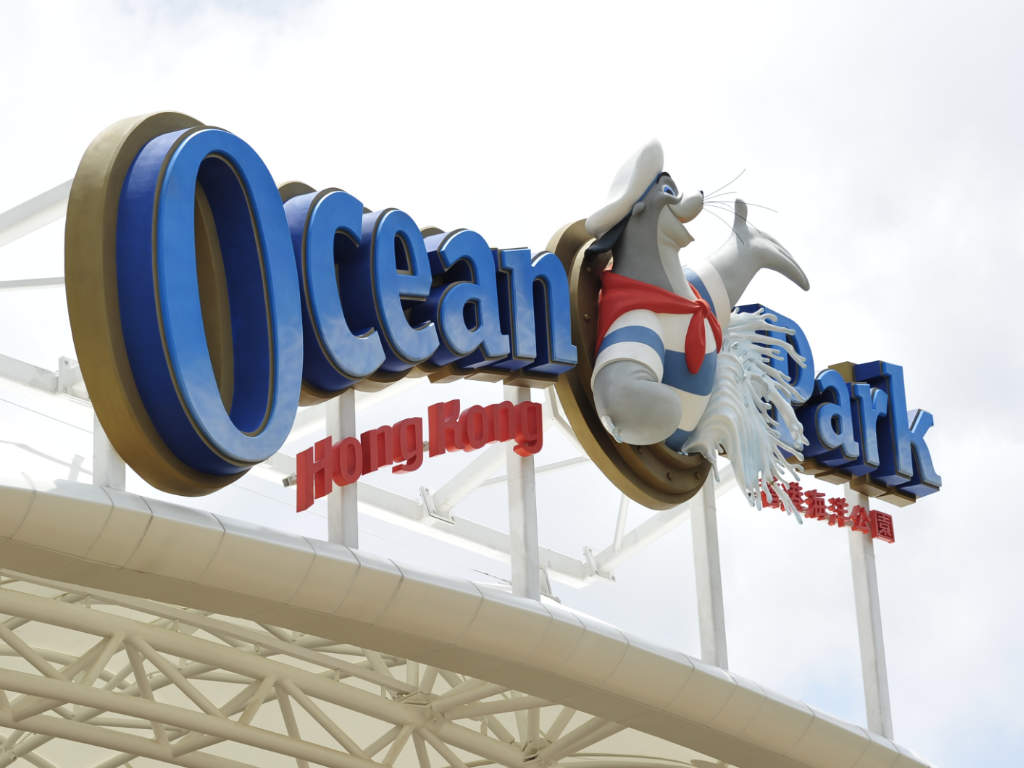 The best birthday gift, to me, is to visit the theme park I’d long wanted to go as I had heard rave reviews about it – the Ocean Park Hong Kong. After some begging and coaxing, my parents finally agreed to bring me to Hong Kong in mid December 2012 and of course, to visit the Ocean Park on my birthday.

Considered an adventurous person and pretty much operate on adrenaline, I proudly told everyone that I would want to conquer all the thrilling rides in Ocean Park. However, due to time constraints as some of the rides need to queue for hours, I did not complete the mission.

I regretted that I did not cater enough time exploring the Ocean Park. I really recommend to spend a full day at Ocean Park and do set off early. For those who wish to take a bus there, do read the guide on how to go to Ocean Park Hong Kong by bus.

I boarded the Citybus Route 629 and arrived at Ocean Park at around 10 am. Surprisingly, it was already crowded even on a Monday morning.

The first attraction I visited was the Grand Aquarium. The moment I entered into this dome-like structure, I was totally overwhelmed. The feeling was like entering into a four-storey fish tank filled with fascinating array of marine life. I was extremely excited when I had the chance to touch the starfish and sea cucumbers for the first time in my life. This is like a dream came true for a non avid scuba diver! I was also impressed by the different spices and kinds of colourful fishes, particularly, the crown fish. 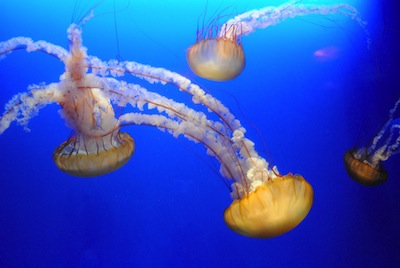 As I continued my journey in the aquarium, I was intrigued by a good collection of underwater animals – large stingrays, octopuses, sharks and beautiful coral reefs. When I reached the final tunnel, I was greeted by an awe-inspiring 13m wide acrylic viewing panel, which exhibit 5,000 exotic looking fishes from over 400 species! 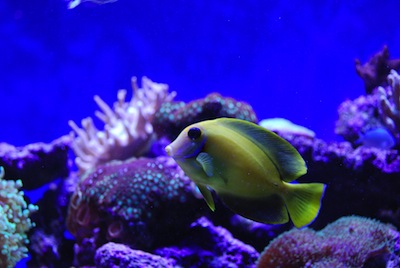 I highly recommend visiting the Grand Aquarium as it is probably the best Aquarium in Asia that you will definitely be amazed by the stunning marine life!

Tip: Stand really close to the glass of the Aquarium so that you can admire the marine life as if you’re immersed in the sea.

Emperors of the Sky

Next, I went to the Amazing Bird Theatre to watch the “Emperors of The Sky” bird show. Honestly, I was not really impressed by the show as most of the time, the zookeeper was talking to entertain the visitors while the birds were simply busy flying around. Perhaps, I am biased. I think the bird shows in Singapore Jurong Bird Park are far more interesting in terms of the birds performing special tricks and more interaction and connection with the audience.

Tip: Do try to arrive 15 minutes early, so that when the door opens, you can secure the seats with good views of the birds of prey. 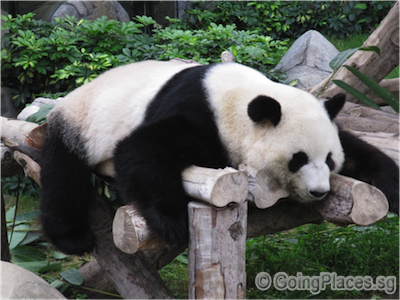 Singapore has just flown in two pandas (Jia Jia and Kai Kai) from China but to have a peep on them, I would have to top up S$5 fee (in addition to Singapore Zoo admission ticket) for a mere 15-min viewing session of them! So, when I heard there are two Pandas in Ocean Park Hong Kong, I couldn’t hide my excitement of meeting the cute cuddly pandas at the Giant Panda Adventure – no additional charges, no time limit on viewing! 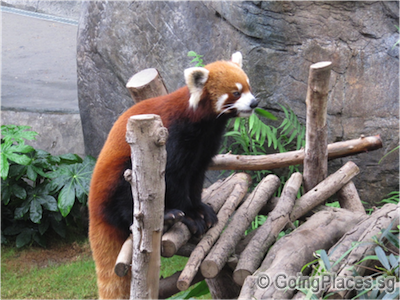 Maybe I was overly excited and with high expectation, I was quite disappointed when I met the pair of pandas in Hong Kong Giant Panda Adventure. One of the pandas had its back facing me all the time while the other was simply enjoying its afternoon nap. Waited patiently for nearly 10 minutes, the sleepy panda finally woke up and that caused quite a frenzy as everyone was eagerly snapping pictures of it like a superstar. However, the excitement only lasted 5 mins – the panda stretched his limbs and went back to slumberland again. I guess I wasn’t lucky enough that day.

Tip: Be patience. Bring a tripod if you want to capture candid photos of the pandas.

The train was traveling at extremely fast speed and I reached the Summit Station in no time. I quickly queued up for the “The Rapids” where I experienced crashing down the rapids and fun exploration of the rainforest. It was a really fun-filled and enjoyable ride.

Tip: I do recommend to wear a poncho when taking the “The Rapids” ride as depending on where you sit, you might get drenched. 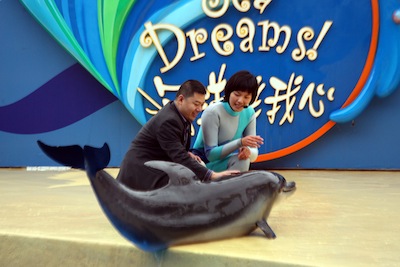 Next, I watched the ‘Sea Dreams’, a new world-class show at the Ocean Theatre, where the talented dolphins and seals performed spectacular tricks to entertain the audience. What I like about the show is the animals got really close up with the audience and the performance while stunning, is quite educational.

Overall, my experience at Ocean Park Hong Kong was an enjoyable and memorable one. Ocean Park is indeed a wonderful place for families to bond and have fun together. For teenagers who love thrilling rides, Ocean Park has lots of rides which are fast, wild and can push you to your limit like The Abyss, The Flash, Rev Booster, Hair Raiser and The Dragon! For animal lovers and kids, you will be attracted by the cute and lovely animals in Ocean Theatre, Pacific Pier, Giant Panda Adventure and Whiskers Theatre!

Next post: How to go to Ocean Park Hong Kong