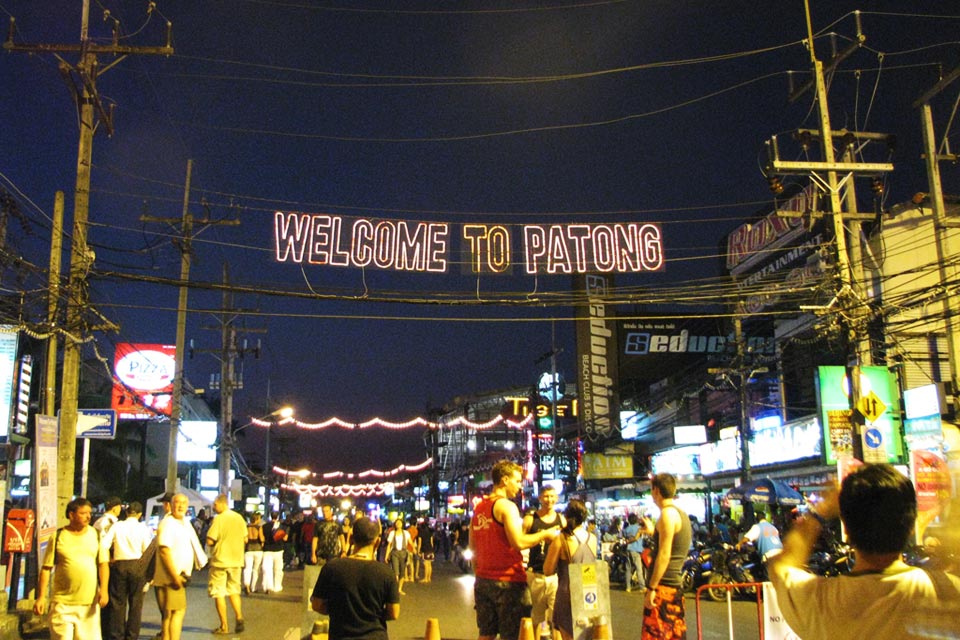 A night out on Phuket’s Patong Beach can be an awesome experience. There’s some great bars if you’re happy to play dodge the fat western perverts and the objects of their creepy desires.

Phuket nightlife used to be a lot more sleazy than it is now, though, as the authorities have cleaned it up a tad to make it more friendly to couples and families. This doesn’t mean you’re not going to see some crazy stuff, but it does mean there’s a much broader selection of establishment in which to carouse.

One thing you’ll be shocked by is the amount of people in the street pitching the relative merits of their businesses to passersby. Despite the obvious competition, prices can be somewhat steep: it’s not unusual to pay 500 baht to get into a joint, though these places generally have some variation of a rather unique cabaret act, usually involving an anatomically gifted young lady and her genitally dexterous and acrobatic manipulations of various inanimate objects. A particular favorite seems to be ping pong balls, though I have seen a rather sad-looking goldfish being so abused. Look to spend about 100 baht a beer; at the current exchange rate that’s about three USD plus change. 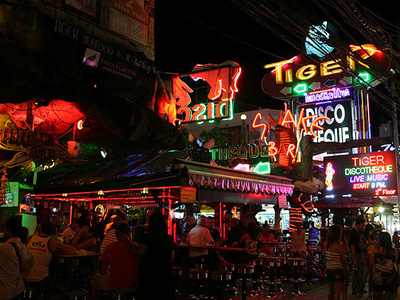 Don’t be fooled by what are termed “Go-Go” bars. Go-go girls are not the innocent dancing girls of the western world dance club; these are strippers. If such tomfoolery doesn’t make you recoil in disgust, one of the nicest ones, I’ve found, is the Devil’s Playground A Go Go, which is a fun place to hang out and somewhere it’s actually possible to take one’s other half (if she’s unencumbered by stringent religious principles). It’s one of the newest bars, and is designed to look like the inside of a cave. The theme is definitely devilry, though sometimes the girls dress up as cute little angels. It’s naughty and flirty rather than overtly sexual or perverse. No ping pong balls bounce off your beer bottle or depressed goldfish land wetly on your forehead here.

One thing to watch out for are the girls in what are known as “beer” or “girlie” bars. These are typically prostitutes, and can skilfully manipulate cash from your wallet with a practiced zeal that’ll leave you gaping in awe. If she manages to persuade you, in your drunken stupor, to leave the bar on a “date”, you’ll have to pay a bar fine to the owners of the bar. Yes, you just picked up a hooker.

Leave Your Valuables at Home

My overriding tip is to leave your traveler’s checks and credit cards at your accommodation, and only take enough cash to see you through a night of partying. Oh, and secret a separate reserve in a remote pocket for emergencies (prostitutes are not emergencies) and to pay for that thankful, glorious, final tuk tuk home.