Before making the four thousand dollars decision to buy a tour package to Europe, I decided to check out some Pre-NATAS deals offered by CTC Travel and Dynasty Travel at Suntec City.

By 11am, I was already at Esplanade MRT to try to avoid the weekend crowds. Stepping out of the station, I was caught by surprise to discover ASA Travel booth right in front of the MRT exit! I didn’t know that ASA is having a travel fair here too as there isn’t much publicity on it. 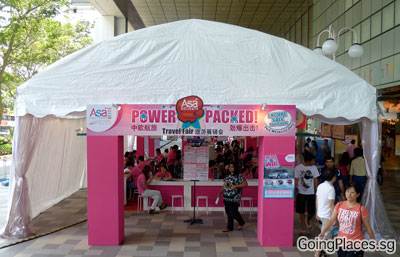 Anyway, since I am looking for the best travel deal – the more exhibitors, the better. Excitedly, I asked the woman behind the ASA counter about Europe tour package.

I was caught off guard by the cold, heavily accented reply. It was as if ASA Europe Tour was her biggest enemy! Not giving up, I went behind the tentage but I didn’t see any Europe Tour counter, and no one seemed to be interested to help me.

Dynasty Travel – Living up to its Expectation 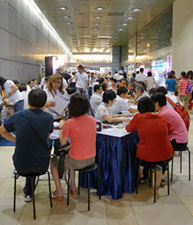 It was a totally different experience at Dynasty Travel booth – greeted with smiles and professional customer service. No wonder the place was already crowded and I waited quite a while to make the enquiry. The staff was very patient in explaining the details of Dynasty Travel Europe Tour Package and the uniqueness of its itinerary – wine tasting, ice flyer, shopping in Paris, etc.

In fact, I was very tempted to sign up for the tour package if not for the exceeded-my-budget price – $5,228 per pax for a 15-day tour.

I thought I have somewhat made up my mind to book with a 14-Day Italy, Switzerland and Paris Escapade with CTC Travel since the tour is attractively priced from S$3,588 with “2nd Traveller Fly for Free” promotion. 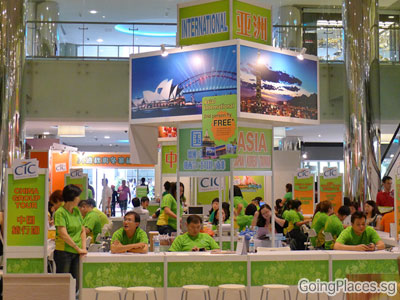 To my surprise and great disappointment, I was told that the offer is over and I would have to pay a higher price for the same package! The reason – they have enough people (20 pax) to form the tour departing on 6th Oct.

Curiously, I wanted to find out how did they manage sell the tour so fast? After some inquiries, I found out that these tour packages have been sold way before today’s event! This is probably a common tactic practices in this industry.

The sad reality is during the actual NATAS Fair event, do expect to pay even more for tour packages that have confirmed departure dates as these tours are already promoted during the Pre NATAS Fair.

The good thing is you’ll book a tour that is with guarantee departure dates and you’ll get free travel trolley from the credit card company you used to purchase the tour package. 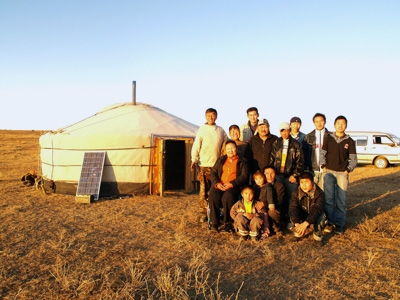 But, there’ll still be some good bargain to be found at NATAS Fair. For example, during the NATAS Fair last February, Universal Travel launched a chartered flight tour to Mongolia, from S$2,099! This was definitely a good catch for those who wanted to visit Mongolia.