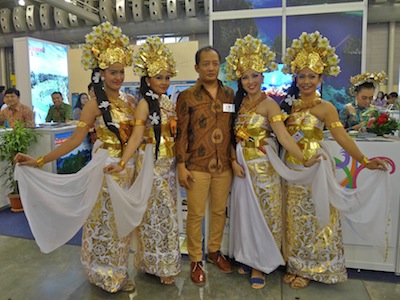 This year’s NATAS travel fair will kick off on 4 March and ends on 6 March 2016. To grab a bigger slice of pie, airlines, banks (credit card companies) and travel agencies all geared up with lots of Pre-NATAS Fair promotions to lure holidaymakers to commit their travel plans way before the actual travel fair. These Pre-NATAS deals are tempting but they have also put some travel bargain hunters into a dilemma.

While travel bargain hunters love such deals, they are often concerned that if they had committed to any of these tempting Pre NATAS offers now, what happens if the actual NATAS Travel Fair event offers even a better (cheaper) NATAS Fair deal?

My advice is – for free independent traveler, grab whatever good deals (especially cheap airfares) that are offered online during the Pre-NATAS fair. They are usually the cheapest and more seats are available on your preferred departure dates when you buy early.

Where are the Pre NATAS Fairs

For those who prefer guided travel packages, look out for the Pre-NATAS fairs organized by the travel agencies. It has become a norm for established travel agencies organizing their own travel fair 2 to 3 weeks prior the actual NATAS Fair – also commonly known as Pre-NATAS Fair. These Pre NATAS Fairs are held either at their flagship office or at Suntech City or MBS.

Why Not Try The World’s 5-Star Airlines

If SQ promo airfares to London or Paris are still above your travelling budget, consider Qatar Airways promotions on Europe destinations as their airfares are more competitive than Singapore Airlines. Snap up these Qatar Airways Deals from Singapore quickly as the promotion won’t last long.