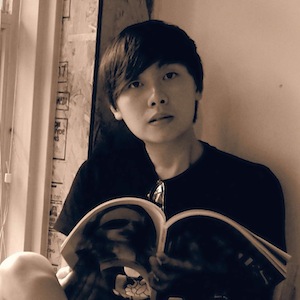 If there were one phrase to describe Royston, it’d certainly have to be “Work Hard, Play Harder!” As an auditor with one of the Big Four accounting firms, Royston is constantly daunted with tremendous amounts of work stress. Having such a demanding job, this Korean-look-a-like young man finds it a therapeutic relief to travel whenever he can find the time to do so.

When asked about his passion for traveling, he replied in a candid fashion,

“Traveling gives me the opportunity to make new friends, to immense in the rich culture, history and food that every city has to offer. It is such unique experiences that puts me back on track, and rejuvenates me for any future challenges. Simply put, traveling the world means the world to me!”

At the age of 26, Royston boasts of an extensive traveling history, ranging from New York to Seoul, and Santorini to Istanbul. Memorable experiences such as catching the Northern Lights in a grueling -30 degree Celsius Kiruna (northernmost city in Sweden), and enjoying a hot outdoor onsen bath during a snowy winter in Hokkaido, leaves this young traveler in awe, and always yearning for more! Exotic destinations such Rio de Janeiro, Iceland and North Korea, are at the top of his to-go list, which just grows longer!

But what is traveling without the occasional regrets? For Royston, failure to catch the Swan Lake (Russian ballet) when in Moscow, and missing out on Spanish tapas and sangria when in Seville, gives him the perfect “excuse” to revisit these cities again.

Traveler’s tip from Royston – be spontaneous, be friendly, and always be prepared to get lost; anytime, anywhere in the world!