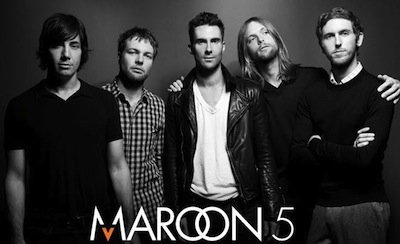 There’s nothing quite like capping off an evening spent basking in the screaming symphonies of cutting edge combustion powered technology by attending one of the many F1 Singapore parties around the city. 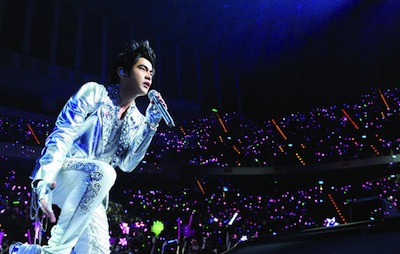 Watching Formula One cars careening around the Marina Bay Street Circuit in Singapore on September 25th at heart-stopping speeds will be a wonderful prelude to the equally melodious Singapore F1 concert by US rock band Maroon 5, scheduled to begin when the Grand Prix finishes. A multiple Grammy Award winners Maroon 5 will perform on the Padang stage on 22 September (Sat) at the Marina Bay Street Circuit.

If you are a Jay Chou fan, then you must not miss the one-night only, race-themed concert performed by Taiwan Superstar, Jay Chou at the Singapore Marina Bay Circuit Park on 21 September (Fri) as part of Singapore’s F1 entertainment.

Fans can access both Maroon 5 and Jay Chou concerts at the Padang stage in Zone 4 for free with any three-day 2012 Formula 1 Grand Prix ticket, priced from S$178. If that doesn’t take your fancy, though, there are parties and pubs galore to lose yourself in. Here’s a few to think about.

Parties like the one at Amber Lounge, hosted by Sonia Irvine (sister to Eddie Irvine, former Ferrari F1 driver) which incorporates a fashion show to complement the dancing, drinking and schmoozing with all the stars from the racing and fashion world. Tickets don’t come cheap: general admission is €500, but all drinks are free. Prices top out at €15,000 for a premium eight-person table.

If you tend towards the exercise of a little reverse snobbery (which is something I definitely enjoy) it might be better to belly up to the bar at the Penny Black. This quaint English-style pub was actually built in Britain and shipped over to be reassembled at the Singapore site by the same craftsmen. Its authentic British atmosphere may run counter to the point of travelling in the first place, but sometimes, damn it, you just want a decent pint in convivial and agreeable surroundings.

With its downstairs tavern and upstairs “Ssnug Barbar” for hearty British comfort food like fish ‘n’ chips, roast beef, pies, stews and pasties, there’s actually no reason to leave. Hell, find yourself a comfy seat and watch the race on the telly. Though the drinks prices might be S$10-$15 a pint (€6-€9 or US$8-$12 at the time of writing), food prices are more reasonable.

Harry’s Bar at Holland Village is another popular destination for expats, though their menu is a little more international, their prices are about the same. Known for their fantastic burgers. 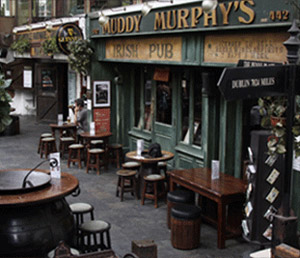 Muddy Murphy’s, an Irish bar built in the Emerald Isle, then shipped and reassembled in Singapore in the same manner as the Penny Black; no coincidence as it’s owned by the same company, Gaelic Inns. Similar kind of menu and drinks (though with a slightly Irish feel) and a similar kind of ambience. Which, let’s face it, is what we want.

So sure, America might have the most projectable military and economic power, and China the most people and booming industries. Even India’s getting in on the game with their recent economic upturns. But you know what we’ve got? British and Irish pubs in unlikely places. That’s right. Supplanting the trendy American bars of a couple of decades ago, which’ve been usurped by our more enduring cultural heritage of drinking better beer, and empires built on libations, I believe, never truly diminish.

So ponder that when it’s time to get your F1 Singapore party on.