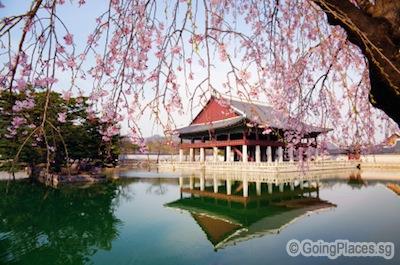 According to DinarStandard, a New York based business media and research and advisory firm, the Muslim tourism market is so huge that it is set to grow to $192 billion by 2020 representing 13.4% of the global expenditure. On a slight different note, with K-pop and Korean media becoming a global phenomenon, it’s no surprise that many people want to travel to the exquisite country. However, vacations can be expensive. Just lodging alone can cost up to hundreds of dollars per night. These costs can be quite weighty for some. Thankfully, there are a few agencies that offer affordable tours. For instance, for $1400+, vacationers get to spend up to eight days at Jeju and Seoul, which is pretty great for a South Korea Muslim Tour.

In order to avoid disappointment and inconvenience, it is extremely important to know what these travel packages offer in terms of religious obligations which include halal meals, prayer times and mosque visits. Another thing to note is whether these packages include flight, accommodation and meals plan. There are countless of operators that offer South Korea Muslim Tours. However, judging by distinguished and notable agencies, CTC Travel definitely stand out by a mile.

Harmoni Holidays, a seven member local consortium of travel agents leverages on Muslim travel agent members’ understanding of the Muslim community’s obligations. Harmoni Holidays addresses the difficulties Muslim customers face in having halal meals and carrying out their religious obligations with ease when travelling overseas. Formed by CTC Travel in 2007, the consortium features an impressive range of travel packages to countries such as China, Japan, Turkey and Korea. Some popular tours include the 9 Days Korea + Jeju Island Muslim Tour and 9 Days 7 Nights Korea Muslim Tour + Jeju Winter. For the 9D7N package, a return airfare by Asiana Airlines is included.

In terms of itineraries, both agencies feature rather similar attractions such as Korea’s villages, shopping centres and museums. Both agencies offer popular landmarks and educational tours. In addition, both prominent agencies have one of the greatest travel deals around. Likewise, both offers meals plan and accommodation. On the contrary, one minor fallback for CTC Travel is that the packages exclude travel insurance, which is indeed a knotty problem.