The Deal With Phuket 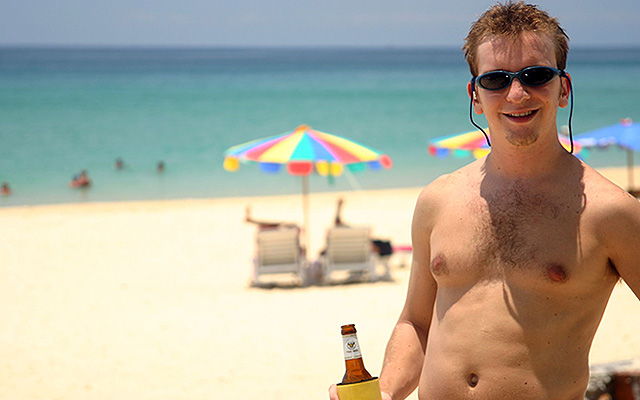 When I think of Phuket, I think of two things: the Tiger Muay Thai Gym, and drinking until I misplace my trousers. These two abiding memories of the island don’t do the place justice, however. My first visit was to experience the aforementioned excessive libations, the second was to learn how to most effectively knee someone in the head. In addenda to these combined bouts of staggering drunkenness and unadulterated violence, I did, however, get to look around the place a fair bit.

Tiger Muay Thai, for example, is a gym fighters from around the world come to train at. They have dormitory, private room and bungalow complexes you can rent out for very reasonable prices (when I was there, a private room (with wifi), ran to about US$170 a month as long as you paid the very reasonable rates to train at the gym). They run an extensive training programme including Muay Thai, boxing, Brazilian Jiu-Jitsu, mixed martial arts and fitness packages for every skill level. 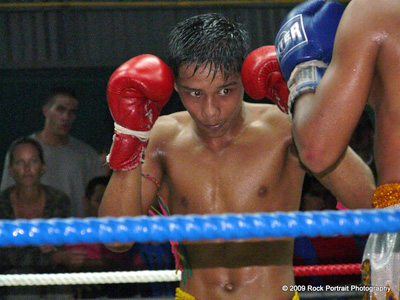 The Seedy Side of Phuket

As far as misbehaving on a drunken level, Phuket nightlife is made for it. But there is a significant seedy side: there’s a surprising abundance of men that look like ladies, for example, generally surrounded by the kind of people who gravitate towards such things. Personally, I find it quite bizarre and more than a little unsavoury, but for people-watching it’s a veritable comedic goldmine.

Contrary to popular belief, a prostitute in Thailand has to be 18 according to the law, but the age of consent for non-prostitutes is 15. This leads paedophiles into all sorts of nefarious dealings with third parties that, while fun to watch, are somewhat shocking to me. Invariably these encounters draw a similar-looking clientele to the ones lollygagging at the ladyboys. 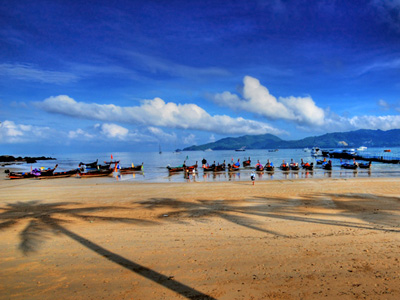 When people talk of Phuket, they generally mean the island, rather than the town itself, which is comparatively small at around 75,000 people. The island is about 50 km long by 20 km wide, about the same size as Singapore or Malta, but with a total population of 350,000. There’s a smorgasbord of diving, sailing and swimming activities to be had thanks to the succession of beaches that define the west coast. Some of the most beautiful beaches in the world are to be found here, I suggest you linger. 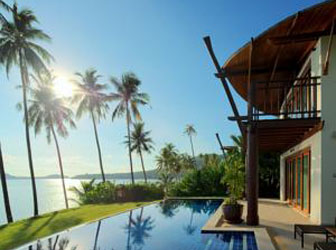 Phuket knows what it’s doing when it comes to the tourist trade. Illicit sex aside, there’s some amazing resorts on the island, superb dining, and beautiful scenery to gawk at. It’s an amazing stop on the Australian travel trail. Don’t drink the water, but definitely eat the food.